Can you legally request a DNA test?

Can you get a DNA test through court?

Today, a new fad is being able to perform your own DNA testing by mail. You’re able to find out your own personal bloodline, crossmatch with another person to see if you’re related. DNA testing in that format is fun and interesting and could be troubling at some point in some families. This new fad will be one to keep a watch of how it affects lives. However, when it comes to a required court DNA testing though, the results can be detrimental to some lives and not so much fun.

Yes, and typically this will happen when the mother of a child files a lawsuit om order to establish a child’s paternity. The laws can have some variance from state to state in regard to dna testing for court records. However, a man thought to be the father that has received order for court DNA testing  can refuse submitting his DNA. That can leave him facing contempt of court charges.

Can a DNA test be done with just the father and child?

An elevated CPI and Probability of Paternity will typically show 99.99% the man whose DNA is used along with the child that he is the father. Rare occasions the match isn’t strong enough between father and child for a strong conclusive result, then the biological mother’s DNA may be required by the court DNA testing orders.

A high-quality paternity DNA test checks twenty Genetic Systems or markers, looking for matches between the supposed father and child. Each location should show matches if he is the biological father unless there is a natural occurrence of mutations. By adding the mother’s DNA testing, it can be determined if the child’s markers came from the father, thus making a stronger match.

Who pays for a DNA test in court?

For dna testing for court cases, the Judge presiding over the case will decide if state assistance is needed in paying for the court DNA testing whether the parties involved need the assistance of the state. If the man that is allegedly the child’s father is unable to pay for a court DNA paternity testing, the judge will order the state to pay. Most states will have the petitioning party reimburse the state for the court paternity test costs.

What DNA test will hold up in court? 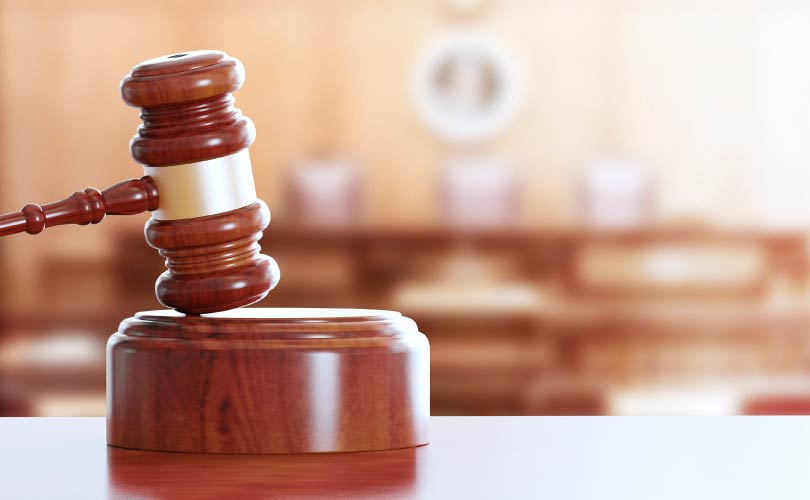 There are several instances in which dna court approved testing is ordered and necessary. The reasons could be child custody disagreement, parenthood dispute, a birth certificate issue, and others. For that reason, it is important that accurate DNA test results are available in a timely fashion as several lives are depending on the results. Those court DNA testing orders must follow the court’s regulations and standards.

DNA court approved testing can be used for the following reasons:

It is a four step process for legal court DNA testing to be performed. Each step has to be completed by a court approved party that handles the DNA samples in an appropriate manner. The court can deem testing results inadmissible if there is any indication of any step not being handled correctly.   Those four steps are:

You may be wondering, “Can I refuse a court ordered paternity test?” and if so, are there consequences? You can do the home DNA testing every day, and while that may have an impact, it won’t have as powerful of impact as a court DNA testing. So, can the mother or father refuse to take a court DNA test?

Sure, but there are consequences just as if you refused to testify when subpoenaed. If the mother of a paternity case refuses to follow court DNA test ruling, the judge can rule against her receiving any child support from the alleged father.

If the alleged father refused to follow through with the court DNA testing, his consequences are more severe, even considered criminal contempt of court.  He’ll be fined and could face time behind bars in addition to the judge ruling he has to pay child support. Call (800) 219-4362 today for your court DNA testing needs!