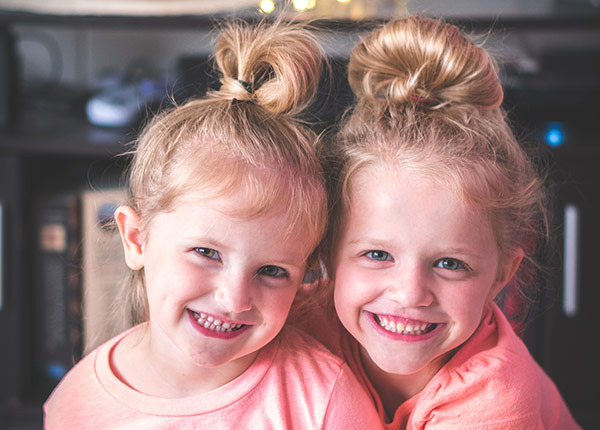 When twins are born, the doctor delivering them can help determine whether they are identical or fraternal, based on certain factors such as how the placenta looks. But that’s not a definitive ruling.

Nor is the appearance of the babies. There are times when identical twins don’t really look identical — or when fraternal twins look exactly alike.

Identical twins come from the same egg, which is called a zygote. This egg splits early on to form two embryos. These types of twins have the exact same DNA because they come from one egg and one sperm.

Fraternal twins come from two different eggs that have been fertilized by two different sperms. Therefore, they won’t have the exact same DNA. When they are delivered, identical twins will normally share a placenta, but that’s not always the case.

The twin zygosity DNA test will accurately determine whether a set of twins are identical or fraternal. This information can be beneficial for health reasons (should one ever need a tissue or organ transplant), and it also might be needed for legal reasons.

If you’re interested in learning more about twin zygosity testing, call Choice DNA today. We’ll go over every aspect of the zygosity test in detail, so contact us for help.

How to successfully complete a Home DNA Collection

Interestingly, the most accurate way to twins to see if they’re identical or fraternal is through a painless cheek-swab — not a blood test. DNA is present in every cell of the human body, so there is little room for error in the test.

Both twins are tested in this procedure. We can arrange for a mobile visit to  your location, or you can stop by one of our collection facilities in your area. We can also mail you a collection kit, which has everything you’ll need to swab the twins and send the evidence back in the package that will be included in the kit.

You should receive the results within two to five business days once we have the zygosity test kit in our lab. You’re also free to call us in the meantime to get preliminary results over the phone, as long as you provide your password and identification number. The official results will be mailed or emailed to you, depending on your preference.

Twin zygosity testing is one of our many specialties at Choice DNA. We treat every one of our clients with the utmost respect, and we’ll walk you through the entire process during a free phone consultation. Call us today to get started!